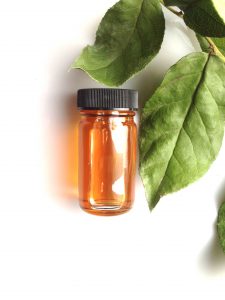 Cassia Oil is an essential oil that is steam-distilled from the leaves and bark of Cinnamomum cassia, also known as Chinese Cassia or Chinese Cinnamon.  Cinnamomum cassia is native to China and is a slender,
evergreen tree that grows up to 65 feet tall with thick, leathery leaves and tiny white flowers.  The pungent fragrance of Cassia oil most closely resembles the aroma one smells when wandering by a bakery assembling cinnamon bun orders.  The strong warm and woody odor of Cassia has a sweet, balsamic undertone.  Cassia oil also has a rich orange-brown color.  Cassia Oil is very seldom added to perfume products because of its darker color; its most common usage is a flavoring agent in food and beverages. 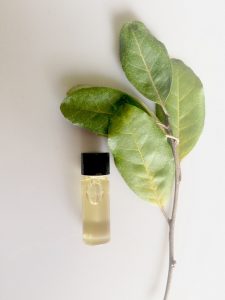 Cinnamon Leaf Oil, on the other hand, is an essential oil sourced from Sri Lanka, steam distilled from the cinnamon leaves of the Cinnamomum zeylanicum of the Lauraceae family. It is also referred to as Ceylon, Madagascar, Seychelles or true cinnamon.  Cinnamon Leaf Oil has a more subtle aroma than Cassia Oil.  Reminiscent of a warm, musky fragrance with a faint clove suggestion, the color characteristics of Cinnamon Leaf Oil is lighter yellow.  Uses for Cinnamon Leaf Oil popularly tend toward inclusion in soap formulas and also used in insect repellents, perfumes or aromatherapy purposes such as diffusers.

Cassia and Cinnamon Leaf Oil are the oils are

derived from different species of the Lauraceae family, as well as different portions of the plant themselves.  The Aroma and colors of each oils are vastly different as well as the uses for the material themselves.